We show that for thousands of years, humans have concentrated in a surprisingly narrow subset of Earth’s available climates, characterized by mean annual temperatures around ∼13 °C. This distribution likely reflects a human temperature niche related to fundamental constraints. We demonstrate that depending on scenarios of population growth and warming, over the coming 50 y, 1 to 3 billion people are projected to be left outside the climate conditions that have served humanity well over the past 6,000 y. Absent climate mitigation or migration, a substantial part of humanity will be exposed to mean annual temperatures warmer than nearly anywhere today. 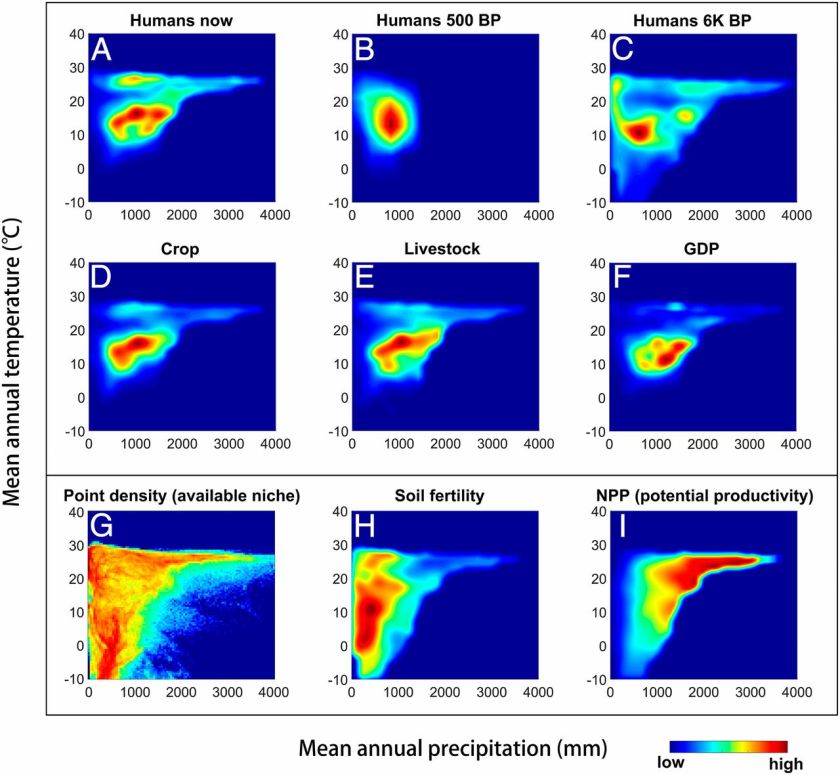 We show that phylogenetic analyses of haplogroup C, D and FT sequences, including very rare deep-rooting lineages, together with phylogeographic analyses of ancient and present-day non-African Y-chromosomes, all point to East/South-east Asia as the origin 50,000-55,000 years ago of all known non-African male lineages (apart from recent migrants). This implies that the initial Y lineages in populations between Africa and eastern Asia have been entirely replaced by lineages from the east, contrasting with the expectations of the serial-founder model8,9, and thus informing and constraining models of the initial expansion.

While introgression from Neanderthals and Denisovans has been documented in modern humans outside Africa,the contribution of archaic hominins to the genetic variation of present-day Africans remains poorly understood.We provide complementary lines of evidence for archaic introgression into four West African populations. Ouranalyses of site frequency spectra indicate that these populations derive 2 to 19% of their genetic ancestry froman archaic population that diverged before the split of Neanderthals and modern huma

–
Variability in the organization and size of hunter-gatherer groups: Foragers do not live in small-scale societies
Bird et al.
Journal of human evolution, 2019
https://www.sciencedirect.com/science/article/pii/S004724841830157X

The number of individuals in a foraging group varies with habitat quality, but in a dynamic
way, as group size is shaped by ecological legacies of land use. The flexible size and composition of
foraging groups link individuals across their “estates”: spatially explicit storehouses of ritual and
relational wealth, inherited across generations through maintaining expansive networks of social
interaction in a large and complex society. We propose that human cognition is tied to development of
such expansive social relationships and co-evolved with dynamic socio-ecological interactions expressed
in large-scale networks of relational wealth.

The past half century has seen a move from a multiregionalist view of human origins to widespread acceptance
that modern humans emerged in Africa. Here the authors argue that a simple out-of–Africa model is also outdated,
and that the current state of the evidence favours a structured African metapopulation model of human origins. 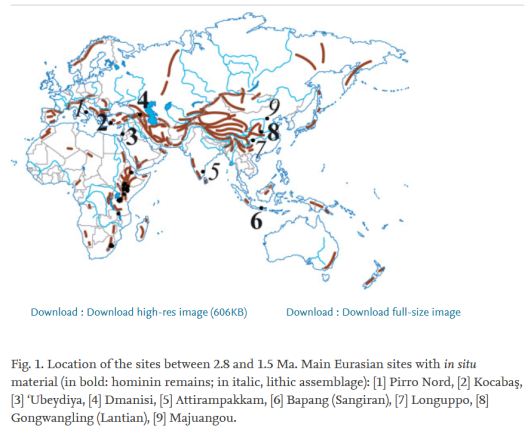 Results suggest that the previously established strong reciprocal relationship between population density and mobility is not due purely to common determination by climatic variables. Instead, the best supported model is consistent with the hypothesis that hunter-gatherers adjust levels of mobility so as to maintain contact with neighbouring groups at varying population densities. This ensures that opportunities for cultural transmission are maintained at similar levels regardless of climatic variation. The results lead to a number of archaeologically testable predictions concerning the relationships between climatic variables, population density, mobility, and assemblage complexity.

Female exogamy and gene pool diversification at the transition from the Final Neolithic to the Early Bronze Age in central Europe
Knipper et al.
PNAS, 2017
https://www.pnas.org/content/114/38/10083

We demonstrate that a simple notion of “migration” cannot explain the complex human mobility of third millennium BCE societies in Eurasia. On the contrary, it appears that part of what archaeologists understand as migration is the result of large-scale institutionalized and possibly sex- and age-related individual mobility.

–
The mitogenome of a 35,000-year-old Homo sapiens from Europe supports a Palaeolithic back-migration to Africa
Hervella et al.
Nature Scientific reports, 2016
https://www.nature.com/articles/srep25501.pdf
–
Social networks and connectivity among the Palaeolithic and Mesolithic foragers of the Balkans and Italy
Dusan Boric & Emanuela Cristini, 2016
https://www.researchgate.net/publication/290488194_Social_networks_and_connectivity_among_the_Palaeolithic_and_Mesolithic_foragers_of_the_Balkans_and_Italy

In this paper, we aim to highlight particular examples of connectivity across large tracks of land during the Palaeolithic and Mesolithic and to point out the potential
that social network thinking has in the study of the Balkans and Italy.

The actual age of the fossils is likely to be in the 1.1–1.3 Ma range. This absolute date is in close agreement with the paleoanthropological conclusions based on morphometric comparisons implying that Kocabaş hominid belongs to the Homo erectus s.l. group that includes Chinese and African fossils, and is different from Middle and Upper Pleistocene specimens. Furthermore, this date is confirmed by the large mammal assemblage, typical of the late Villafranchian. Because it attests to the antiquity of human occupation of the Anatolian Peninsula and one of the waves of settlements out of Africa, this work challenges the current knowledge of the Homo erectus dispersal over Eurasia.

The Nihewan Basin in North China has a rich source of Early Pleistocene Paleolithic sites. Here, we report a high-resolution magnetostratigraphic dating of the Shangshazui Paleolithic site that was found in the northeastern Nihewan Basin in 1972. The artifact layer is suggested to be located in the Matuyama reversed polarity chron just above the upper boundary of the Olduvai polarity subchron, yielding an estimated age of ca 1.7–1.6 Ma. This provides new evidence for hominid occupation in North China in the earliest Pleistocene. The earliest hominids are argued to have lived in a habitat of open grasslands mixed with patches of forests close to the bank of the Nihewan paleolake as indicated from faunal compositions. Hominid migrations to East Asia during the Early Pleistocene are suggested to be a consequence of increasing cooling and aridity in Africa and Eurasia.

. Estimates of divergence times between European–African andEast Asian–African populations are inconsistent with its simplest manifestation: a single dispersal from the continent followedby a split into Western and Eastern Eurasian branches. Rather, population divergence times are consistent with substantialancient gene flow to the proto-European population after its divergence with proto-East Asians, suggesting distinct, earlydispersals of modernH. sapiensfrom Africa. We use simulated genetic polymorphism data to demonstrate the validity of ourconclusions against alternative population demographic scenarios. 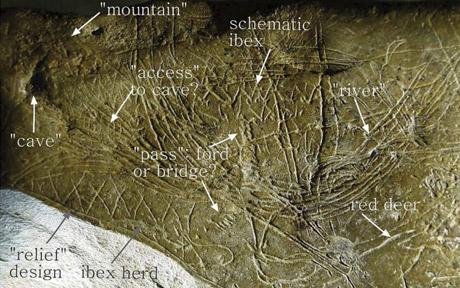 The lithic industry of Pirro Nord represents the oldest occurrence of the genus Homo in Europe as it is attributable to a chronological interval between 1.3 and 1.7 Ma. This supports the hypothesis that the genus Homo, with Oldowaian technology, extended its range in Europe, probably from western Asia, during the first half of the Early Pleistocene. The new discovery from Pirro Nord changes the chronology of the first arrival of hominids in Europe and offers new perspectives in the debate about the human dispersal in the Early Pleistocene.

Hunter-gatherer mobility is not always related to the positioning of people for optimal exploitation of subsistence resources. Another essential reason for forager mobility is the establishment and maintenance of a network of social relations which provides a flow of information among widely scattered social groups and functions as a “safety net” in situations of local resource scarcity.