A critical analysis of the evidence for sexual division of tasks in the european upper paleolothic (chapitre de livre)
Sophie A. de Beaune
Squeezing minds from tools
https://books.google.fr/books?hl=fr&lr=&id=BCiPDwAAQBAJ&oi=fnd&pg=PT479&dq=sexual+division+of+labour+paleolothic&ots=N_Rxew0zJV&sig=yfkf1EgAIvCP5sPd-J2OJr5SNtE#v=onepage&q=sexual%20division%20of%20labour%20paleolothic&f=false

“I sing of arms and of a man…”: medial epicondylosis and the sexual division of labour in prehistoric Europe
Villotte & Knüsel
Journal of archeological science, 2014
https://www.sciencedirect.com/science/article/pii/S0305440313004391

This indicates that males, but not females, preferentially employed movements involving throwing motions in these hunter-gatherer and early farming groups. Based on this evidence we postulate the existence of a persistent sexual division of labour in these prehistoric European populations involving one or several strenuous activities linked to unilateral limb use.

Fighting ability, although recognized as fundamental to intrasexual competition
in many nonhuman species, has received little attention as an explanatory variable
in the social sciences. Multiple lines of evidence from archaeology, criminology,
anthropology, physiology, and psychology suggest that fighting ability was a crucial
aspect of intrasexual competition for ancestral human males, and this has contributed to the evolution of numerous physical and psychological sex differences. Because fighting ability was relevant to many domains of interaction, male psychology should have evolved such that a man’s attitudes and behavioral responses are calibrated according to his formidability. Data are reviewed showing that better fighters feel entitled to better outcomes, set lower thresholds for anger/aggression, have self-favoring political attitudes, and believe more in the utility of warfare. New data are presented showing that among Hollywood actors, those selected for their physical strength (i.e., action stars) are more likely to believe in the utility of warfare. 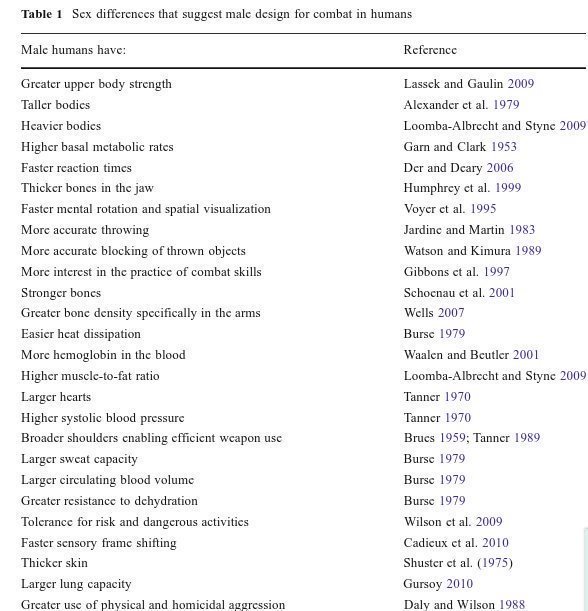 Osteological clues for the presence of a sexual division of labour in the Eurasian Middle Paleolithic
Japp Saers
Leiden university, 2011
https://openaccess.leidenuniv.nl/handle/1887/18779

Four males exhibit lesions that can be confidently associated with throwing activities, while no females exhibit such lesions.

A Cross-Cultural Analysis of the Behavior of Women and Men : Implications for the Origins of Sex Differences
Wendy Wood & Alice H. Eagly
Psychological bulletin, 2002 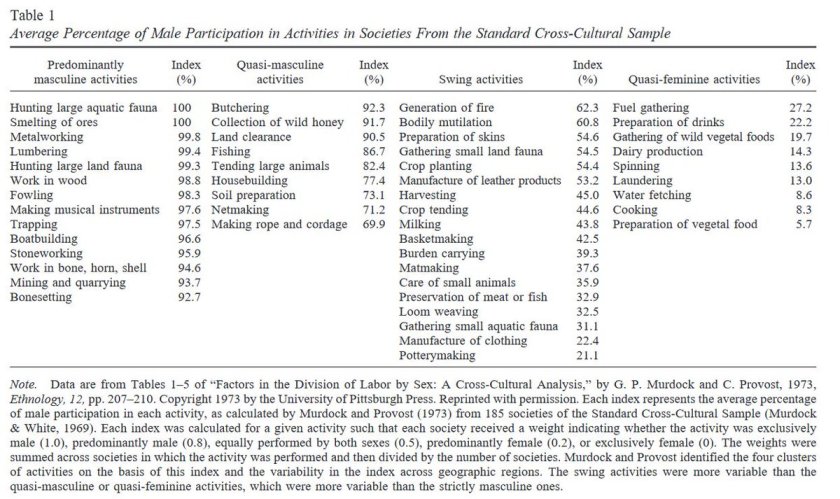 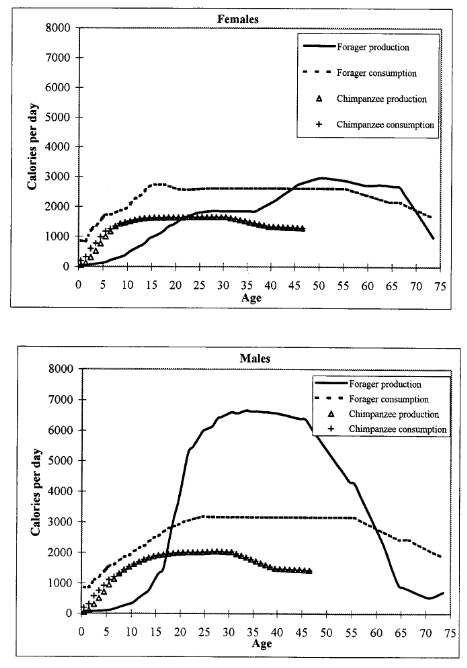 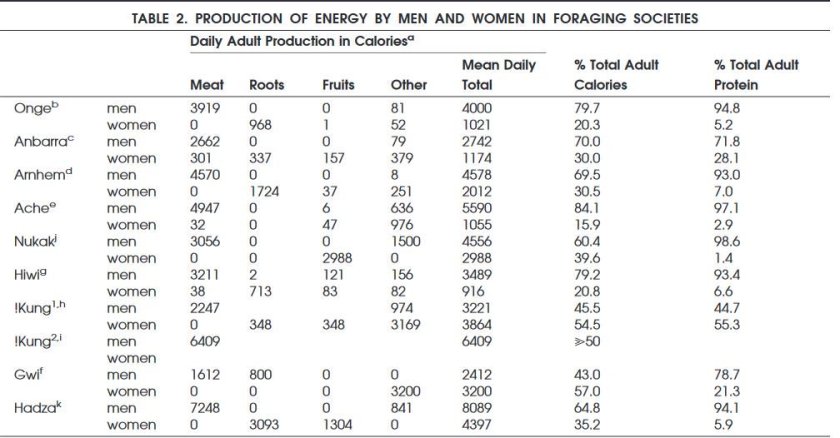